My grandfather served in the Navy in World War II, and in high school I had the fantastic opportunity to hear his telling of his experience for a history paper.  Stationed in Pearl Harbor, he served most of his deployment in the crow’s nest of the U.S.S. Tripoli during Operation Magic Carpet, which repatriated soldiers serving in the Pacific and Asian theatres after Japan’s surrender, and the end of the hostilities.  Even as their mission was bringing soldiers home, he worked around dangerous situations and saw some gnarly accidents; but working on a functioning aircraft carrier does come with its risks – especially when arresting cables are involved.

When my husband gifted me an AR-15, he wanted to have Blacksheep Arms in Austin, TX, create a Cerakote design for my rifle that was unique, especially since it was my first rifle.  Because of the aggressive design of the AR, I wanted a design that was somewhat of a patriotic throwback. Patrick Griggs, owner of Blacksheep Arms, did some research and created a design based upon one of the medals my grandfather received for his service in the Navy, in addition to engraving my grandfather’s name, number, branch, unit, and dates of service on the lower.  It was my way of saying to my grandfather, who passed away more than 15 years ago, “Thank you, I’m proud of you, I love you, and I’ll never forget you.” I think of him every time I see it, and every time I take it out to shoot.

“The eyes of the world are upon you. The hopes and prayers of liberty-loving people everywhere march with you.”

As we draw near to Memorial Day of 2018, we’re reflecting on the fact that the WWII generation is very near being lost to us forever.  This generation, which Tom Brokaw dubbed “The Greatest Generation” in his 2013 book of the same name, represents people who endured some of the hardest times for our country.  They lived through the deprivation of the Great Depression, and then went on to fight World War II, or entered the workforce to support the war effort back home.  Their courage, sacrifice, blood, sweat, and tears is a significant reason why the United States excelled following the war.  World War II was the biggest story of the 20th Century, and its aftermath continues to profoundly affect the world more than 65 years later.

In 1939, two years before the U.S. entered the war, the entire American military force was made up of a little more than 334,000 total and consisted largely of “citizen soldiers,” men and women from every state and all walks of life who volunteered.  But President Roosevelt’s concern over the threat of war prompted him and Congress to approve our nation’s first peacetime military draft in September 1940.  By 1941, the military grew to approximately 2 million across the Army (which included Army Air Force), the Navy, and the Marines.  (The Coast Guard wouldn’t enter the war until 1942.)  In the wake of the Japanese attack on Pearl Harbor on December 7, 1941, the primary task facing America was raising and training a credible, and size-able, military force.  Many, many more soldiers would be needed.

By late 1942, all men aged 18 to 64 were required to register for the draft; however, as a practice, the selection concentrated on men under the age of 38.  Eventually, 36 million men would register, enabling the armed forces numbers to swell to approximately 10 million by 1943. 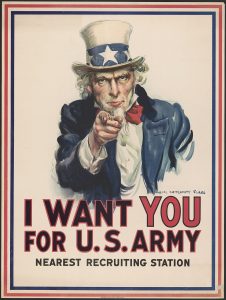 In the end, more than 16 million total U.S. troops served in that conflict. More than 405,000 died, and more than 670,000 were injured (Source: CNN WWII Fast Facts).  Those numbers, however, were far less than China, Germany, and the Soviet Union –  who alone lost more than 7 million.  To put the death toll into perspective, when the war began in the late 1930’s, the world’s population was about 2 billion people. But the war between the Axis and Allied powers resulted in a whopping 80 million deaths, killing off about 4% of the world’s population in less than a decade. (Source: The Atlantic)

And while World War II continues to absorb the interest of military scholars, historians, and  veterans, we now have a generation of Americans who’ve grown to maturity largely unaware of the political, social, and military implications of a war that, more than any other, united us as a people with a common purpose.  And sadly, many of those who remember what the war did for the country, our culture, our national pride, and our sense of belonging to something bigger than ourselves, will soon be all gone.

The oldest living WWII veteran, who happens to live right here in the Austin, TX, area, celebrated his 112th birthday recently on May 11.  Mr. Richard Overton, alongside others who served in WWII,  selflessly gave up their lives to fight for the United States.  While the soldiers made their obvious sacrifices, it was this entire generation of both men and women who did what they had to do to ensure the war’s success.  While both men and women went to join the military, the men, women, and even some children back home went to work to support the war effort.  It was a 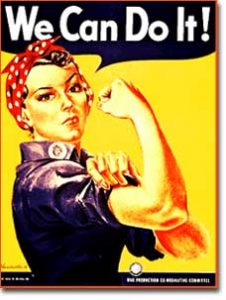 time when all hands were on deck, when jobs were created and businesses started to ensure that food, supplies, tools, and weapons were produced and sent to the Allied troops in the field.  Women who had never worked before entered the workforce.  Men who didn’t enlist or weren’t drafted worked in industries producing supplies for the war.

Mr. Overton is a member of that generation of heroes who came together and fought against true evil in their day – and won. For all of us.

TrackingPoint Tribute to the Greatest Generation

To honor America’s fading WWII generation, both those who are still here and those who’ve gone before us, and to honor those who went to fight and those who stayed and worked, TrackingPoint created a special edition 6.5 Creedmoor to pay homage to a generation of heroes  who truly are “The Greatest Generation.”  In doing so, we chose one of the most recognizable emblems of WWII – the olive drab green and white star of the M4 General Sherman tank. 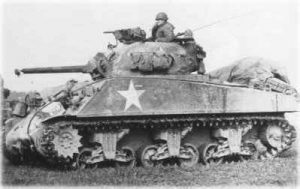 The M4 General Sherman tank was the main tank built by the United States specifically for the conduct of World War II, and is the most recognizable Allied armored vehicle ever made.  Used by most of the Western Allies, including Britain, Canada, the Free French, and the United States forces, the M4 Sherman was the most widely used tank of the war, and has fought in every theatre of war on the globe. When the Shermans arrived to support infantry troops in battle, the soldiers were immediately relieved.  To those soldiers, the Sherman represented a symbol of strength, courage, power, and, dare we say, hope – it offered the hope to live to fight another day.  The Sherman came with no pretense, and while not perfect, it was a comfort because troops were fully aware of what it was and wasn’t capable of.  Well-built, the Sherman could not only take a beating, but it could dish a beating too.  Without the Sherman, the death toll undoubtedly would have been much higher for the Allies.  Almost 50,000 M4 General Sherman tanks were produced for the war by 11 plants between 1942 and 1946, by the very hands of the men and women who stayed behind at home to work.

The OD green ShadowTrax6 was created to not only honor and commemorate the great World War II generation, but we also created it so anyone who owns one could be reminded of a bygone era of great sacrifice, great courage, and great Americans.  Let it be a reminder of a time when the country was unified, working together for a common purpose, for a common good, in an era when our differences were just as vast as they are today.  It is our hope this Memorial Day that we, as a country, celebrate our heroes, and celebrate the generation that made America great to begin with.  Happy Memorial Day to the World War II Generation – The Greatest Generation!

Visit the WWII Tribute Page to place an order for the OD Green ShadowTrax6, or to see the new ShadowTrax3 300WM in black with American flag detail.